JSC “Durpeta” is one of the oldest and still operating peat extraction and processing companies in Lithuania. Extraction of peat in Šepeta was launched back in 1936. Company was constantly expanding it’s activities and range of  assortment. There were manufactured pallet boards,  insulating turf panels, sod peat for fuel and litter peat. In 1990 started production of substrates and in 1997 first professional substrates were produced.

Constantly increasing demand of the product and quality requirements caused essential reconstruction of production in 2010. Newly built “Durpeta” substrate factory is recognized as one of the most modern factories in the Baltic states. Inside the factory there is installed computer process management and quality control systems. Synergy of the specialists from the company and professional growers from all around the world resulted in substrate data base, which contains more than 500 recipes for flowers, vegetables, ornamental plants and so on.  Light sod peat, brown and black peat are being processed these days. Based on demand apart from peat there are many other components added into substrates: fertilizer, limestone, clay, sand, perlite, microelements, bio hummus, coir and many other. Companies products are being exported to more than 40 countries world wide.

There is no doubt that both soviet occupation times and today peat  extraction significantly influenced economic development of Kupiškis district.

500 thousand m³ of peat are being extracted over one year period, 160 constantly employed employees and over 120 more are employed during the production season in summer. Company participates in biggest global plant growing and technology exhibitions “IPM” Essen (Germany), exhibitions in Poland, Spain and many other countries.

We extract and process natural resources – peat – that is why we perfectly understand responsibility towards environment that surrounds us. We are honest and  responsible company. Continuous attention is dedicated to new, environmentally-friendly production method installation and if all peat bog operational rules are followed. We support local communities cultural, educational, environment management projects.

Our goal – responsible use of peat resources and produce highest possible quality products for our customers. Attention for grower – one of the most essential and important company’s  business priorities. Guaranteed quality of the product as well as flexible logistics system lets us to maintain long term relationships in foreign markets as well as in domestic market. Trust of the customers and growers is very important indicator for us as a producers.

Accomplishments of the company:

2000 – Lithuanian confederation of industrialists award “Product of the Year”

2004 – Lithuanian confederation of industrialists named CEO of the company Jonas Kantautas who is engineer of peat industry “Knight of Profession”.

2004 – company is recognized as “Gazelle of the Year” – one of the fastest growing Lithuanian companies.

2006 – Lithuanian confederation of industrialists award for “Exporter of the Year ”.

2013 – crediteform sertificates “Strongest in Lithuania” which is for highest solvency rating companies.

2015 – State Plant Service under the Ministry of Agriculture issued certificates  which states that company’s products are suitable for organic farming and production by Regulation No. 889/2009 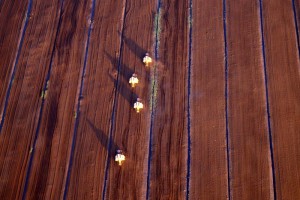